And you thought switching to the metric system was hard… 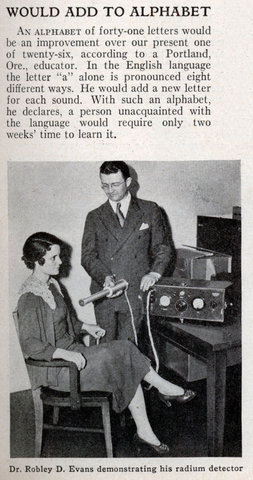 WOULD ADD TO ALPHABET
An alphabet of forty-one letters would be an improvement over our present one of twenty-six, according to a Portland, Ore., educator. In the English language the letter “a” alone is pronounced eight different ways. He would add a new letter for each sound. With such an alphabet, he declares, a person unacquainted with the language would require only two weeks’ time to learn it.