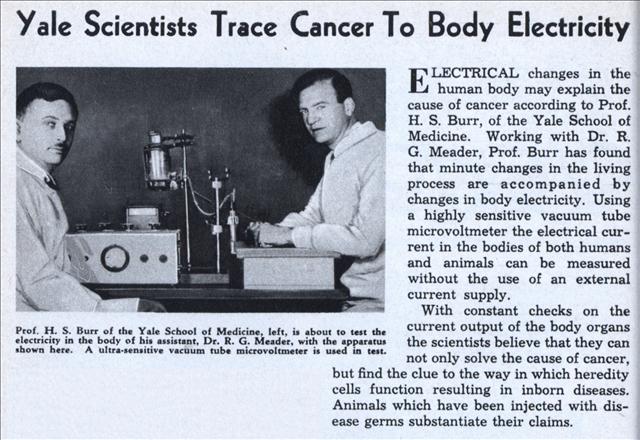 Electrical changes in the human body may explain the cause of cancer according to Prof. H. S. Burr, of the Yale School of Medicine. Working with Dr. R. G. Meader, Prof. Burr has found that minute changes in the living process are accompanied by changes in body electricity. Using a highly sensitive vacuum tube microvoltmeter the electrical current in the bodies of both humans and animals can be measured without the use of an external current supply.

With constant checks on the current output of the body organs the scientists believe that they can not only solve the cause of cancer, but find the clue to the way in which heredity cells function resulting in inborn diseases. Animals which have been injected with disease germs substantiate their claims.