If he ever attempted this I’m pretty sure you can visit both Mr. Terry and his gondola shoes a few meters down just off the coast of Dover. 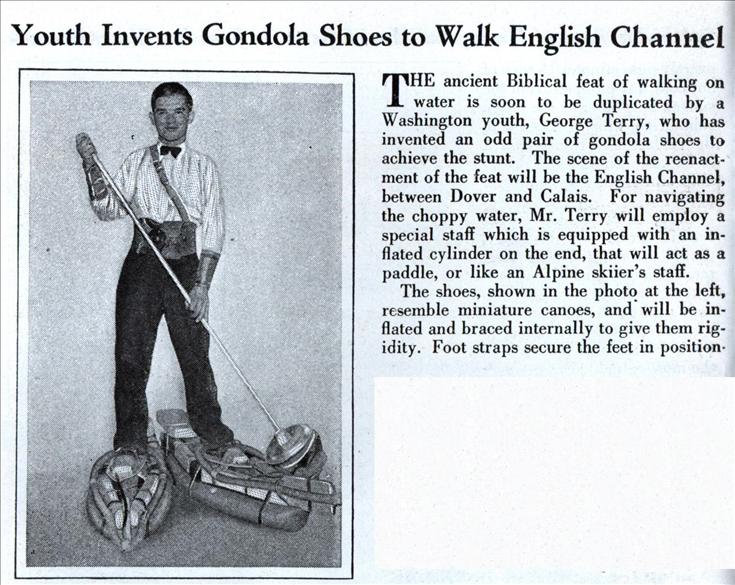 THE ancient Biblical feat of walking on water is soon to be duplicated by a Washington youth, George Terry, who has invented an odd pair of gondola shoes to achieve the stunt. The scene of the re-enactment of the feat will be the English Channel, between Dover and Calais. For navigating the choppy water, Mr. Terry will employ a special staff which is equipped with an inflated cylinder on the end, that will act as a paddle, or like an Alpine skiier’s staff.

The shoes, shown in the photo at the left, resemble miniature canoes, and will be inflated and braced internally to give them rigidity. Foot straps secure the feet in position.